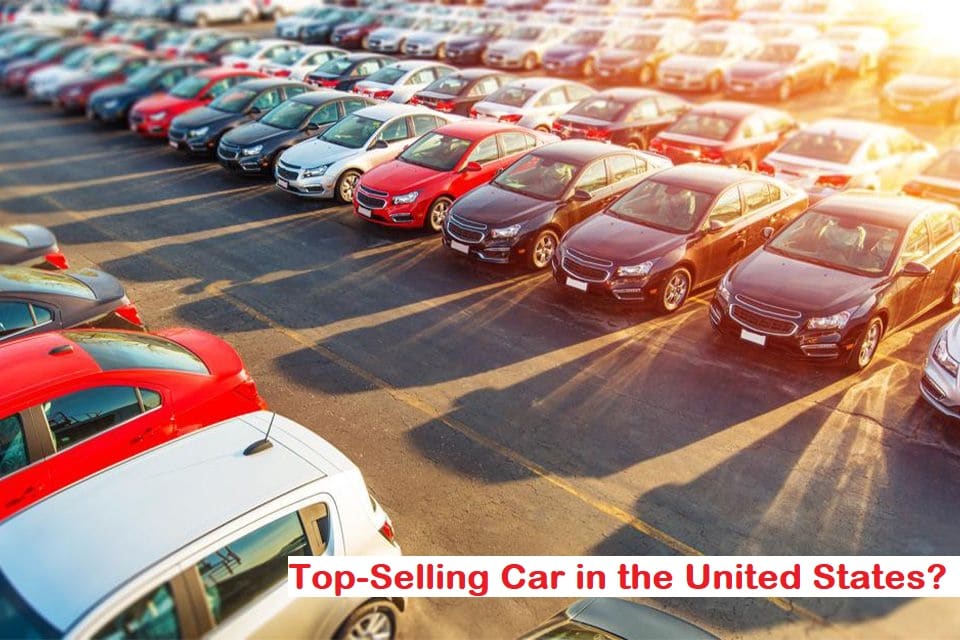 What’s the Top-Selling Car in the United States?

The top-selling car is the Toyota Corolla, according to the Balance. It is actually the best-selling car in the entire world, with over 40 million units sold since the 1960s. Toyota has maintained its reputation for being reliable, cost-effective, and energy-efficient.

Forbes notes that in 2020, other vehicles that followed closely behind Toyota include:

Continue reading to learn more about the best-selling cars in the United States.

Most Popular Cars Listed by Category

Here is a peek at some of the most popular cars in the United States organized by category:

The Most Popular Electric Car

Although Tesla is relatively new to the electric car game, it tops sales in its category. Forbes says that Tesla sold 68,3000 Model 3s. This was largely in part to the fact that Tesla did not halt production during the COVID-19 pandemic.

The Most Popular Pickup Truck

Ford is king when it comes to dominating the pickup truck market. However, their numbers are slowly on the decline. As noted earlier, Ford sold 367,867 F-Series trucks in mid-2020. However, the year before that, they sold 448,398 units. This was an 18 percent decrease from 2019.

It seems that no matter how high gas prices get, Americans can’t resist the temptation of owning pedal-to-the-metal SUVs. However, because of Toyota’s famous fuel economy, its compact SUV, the Toyota RAV4, sold over 183,000 models in the first half of 2020. Similar to Ford, this was considered to be a disappointment, an eight percent decrease from the previous year.

The Most Popular Sports Car

So, Ford’s Mustang tops charts this year as being the most popular sports car. Ford has also released the Mustang Mach-E, a state-of-the-art electric car that seeks to give Tesla a run for its money.

Silver Is the Most Popular Car Color

We know that the Toyota Corolla is one of the best-selling cars of all time — known for their reliability and low-accident rate (avoid wrecking your vehicle!). Yet, you might be asking yourself one very important question: what color?

What Do Consumers Look for When Buying Cars?

If money wasn’t an object, the cars we listed above might not be on our best-selling list. Many people view cars as investments and are more willing to spend a few extra dollars on solid features.

Here are some things that people look for when buying cars, whether used or new:

In the 2000s, it seemed like everybody had a Hummer. Then, just as suddenly as they appeared, they disappeared. Why? People soon caught on that these cars only got about 10 miles per gallon. Combined with the Bush-era recession, Hummers quickly fell out of fashion and were discontinued in 2010.

Consumer Reports says that if you’re looking for a car that gets the most bang for your buck, you should get a hybrid. However, for the most part, the following cars get good mileage:

See a trend here? All of the cars on our list are from Japanese manufacturers (with the exception of Hyundai, which is Korean).

The Cost of Lifetime Use

USA Today reports that some of the most reliable vehicles are as follows:

Some car companies design cars that are only intended to last for a few years. By doing your research, you could avoid falling into this trap.

Some people buy their cars solely based on the brand, end of story. This may be the case for Tesla’s Model 3. Although the car has been the subject of various product liability suits over the years, many people still stand by Tesla. This is a similar story for other brands.

For instance, Ford was the subject of a huge scandal in the ‘70s and ‘80s when the transmissions on thousands of vehicles did not function properly. Drivers would think they were in one gear, when really, they were in another.

Still, despite this debacle, Ford pickups are still one of the most popular cars on today’s streets.

So there you have it; Toyota Corolla is the top-selling car in the United States. Whether you love or hate the brand, there’s no getting around it. Toyota time and time again has proven itself to have an edge over its competitors.

But will the iconic car brand stand the test of time? Only the future holds the answer.